A Play on Words, or Words on Play!

By Dr. Bryan Boyle, Lecturer in the Department of Occupational Science and Occupational Therapy in UCC and Supervisor for ESR 4 and ESR 8 in P4PLAY.

Transnational projects offer up such a wonderful opportunity for people from different languages and cultures to come together and share the words and language we use, as well as what is collective and what might be unique about how we experience something. In the case of the P4PLAY project, that something just happens to be familiar to children and families from across all countries and cultures.

I should declare that much of this blog post was inspired by an Irish writer, Manchán Magan who purposefully explores language and the words we use, both ancient and modern, to better understand our place in the world.  As we continue to explore the various dimensions of Play in the P4PLAY project, I hope this blog and other media provide such opportunities, and provide a wider audience with the chance to comment, contribute and extend our collective dialogue about Play.

So, let’s start with some of the various translations (and regional variations) of the word play represented across much of the membership of the P4PLAY project.  We have play (in English), spiel (German), spela (Swedish), paixnidi (Παιχνίδι – Greek), súgradh (Irish Gaeilge), and brincar (Portuguese).  We also have cluich (Scottish Gaelic), xogar (Galician), spüln (in Carithia) or spült (Upper Austria).

Curiously, in the English language at least, the word ‘play’ is often employed to describe a form of dramatic or artistic performance. Such ‘plays’  trace their origins back to the beginning of the 5th century and the dramatic tragedies performed in the shadow of the Acropolis in ancient Athens.  Nowadays, plays are typically seen in theatres and on public stages and involve professional actors portraying or ‘playing’ in what might be considered an elaboration of the imaginative or make-believe role playing we engage in as children.  What drew the citizens of ancient Greece to come along to watch others play in such ways?  I’m not sure if it was the storytelling, the drama or if it was simply an early manifestation of what we now describe as ‘onlooker play’; that moment when children watch others at play in a playground, parks or other outdoor spaces.  A modern manifestation of onlooker play is evident as children watch others playing Minecraft, Roblox, Fortnite and other games on video platforms such as YouTube. 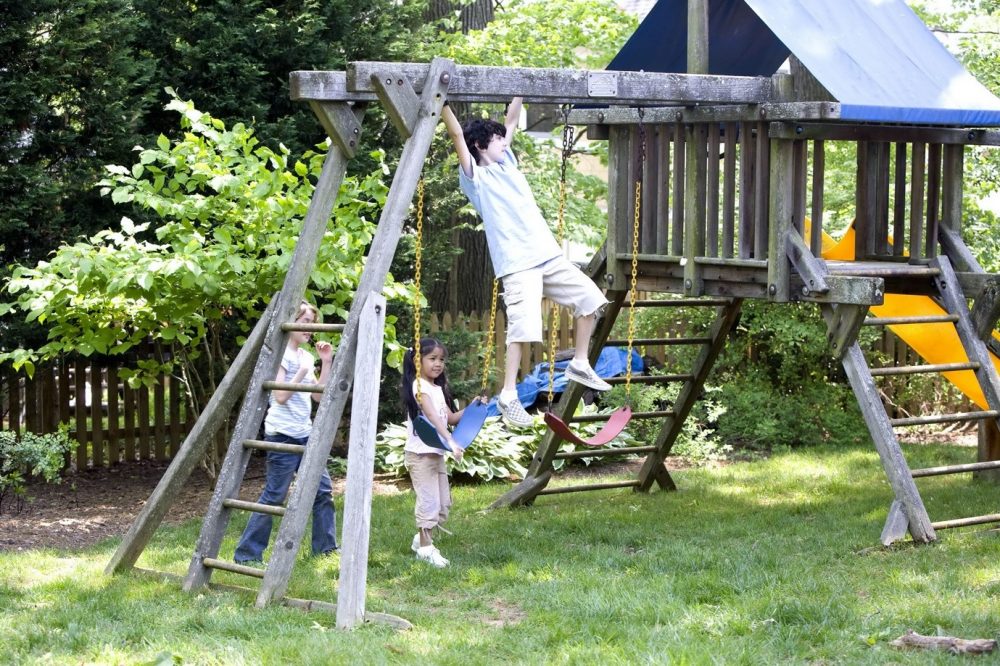 Despite owing much to ancient Athenians, the Greek translation for play, paixnidi (Παιχνίδι) is not used to describe any form of dramatic storytelling, rather it is used much as it is in English – to describe a broad range of human activities ranging from playing team games, (omadika paixnidia – ομαδικά παιχνίδια) to tv game-shows (ηλεπαιχνίδια).

Exploring the Greek translation of ‘play’ points us to another related element of play across cultures, namely, the ‘game’. There has long been association between play and sport. The word play in Anglo-Saxon words plega or plæga referred to a quick motion or the performance of brisk activity or exercise. Sport appears to be a pursuit which adults have permission to refer to their actions as play. It’s interesting however that we only allow ourselves the luxury of describing our sport participation as ‘playing’ if there are other people involved! For example, the 10km race that I ran last weekend was definitely not described as ‘play’ but the five-a-side football match I participated in with some friends last week was most definitely referred to as playing! In Spanish, where the national obsession that is soccer is referred to as jugar al fútbol – play translates as juego or as an order or call to play jugamos? Gaeilge, as is spoken on the westerly margins of Europe, makes a strong distinction between play and engaging in sport. Súgradh is a word used to describe play as engaged in by children whereas the word ‘imirt’ is reserved for the altogether more serious pursuit of sports whether solo or in teams. Similarly in Scottish Gaeilge, the word cluich implies a game or something formalised.

“A range of intrinsically motivated activities done for recreational pleasure and enjoyment”, so goes the definition of play as currently presented on Wikipedia. Many of us probably feel that this is, at best, an inadequate definition of the central occupation and pre-occupation of childhood.  The P4PLAY project is bringing together play researchers from across Europe and beyond, and promises to offer opportunities for us to further explore the language we use to describe play and in the process to, hopefully, learn a little more about ourselves. For more information and to keep up to date follow the P4PLAY project via our website, Twitter and Instagram.

ESR 5 Rianne: ‘Researcher in the Spotlight’ feature on AOTI newsletter